Welcome to the CDEA gift shop!  Here you’ll find our publications, DVDs, posters, as well as selected work from our friends and partners. Some purchases will take you to Amazon or other on-line book sellers.  Other purchases will be sent directly from our office.  Please feel free to contact us by email or phone if you have questions or special needs.

Using natural light techniques, master photographers Craig Law, John Telford, Tom Till, and Philip Hyde reveal prehistoric and historic rock art images as they stand on boulders, cliff faces, and overhangs throughout Utah. The sites vary from Canyonlands and the San Rafael Swell to Horseshoe canyon and the Uinta Basin.

The book’s visual impact is illuminated by David Sucec’s evaluation of the artistic styles of native people of this region over a period of 8,000 years. Additionally, through compelling interviews with contemporary Native Americans conducted and edited by Leslie Kelen, we gain a unique perspective on the mythology, tradition, and ceremony associated with rock art, which confirms that petroglyphs and pictographs are, indeed, sacred communication.

Streaked With Light and Shadow: Portraits of Former Soviet Jews in Utah

National organizations such as the Hebrew Immigrant Aid Society (HIAS) estimate that since 1972 nearly 400,000 former Soviet Jews received permission to enter the United States as refugees. Over the same period, approximately 1.5 millions Jews from the Former Soviet Union (FSU) and the republics into which it separated emigrated to Israel. Streaked with Light and Shadow documents representatives of this major, recent emigration who chose to settle in Utah.

Designed as an “emigration album,” the book contains thirty-two contemporary black and white images by Utah photographers Kent Miles and Stacie Ann Smith. Their photos depict people in the context of their homes and their social lives. In addition, twenty-eight historical photographs suggest the people’s former identities in the Soviet Union.

In-depth photo captions draw from oral history interviews to shed light on the causes of Jewish migration from the FSU. Three longer oral history interviews and an essay by Nobel Prize winning poet Joseph Brodsky unfold the psycho-social realities of Soviet Jewish life across three generations and help us understand both the anti-Semitism people faced and the survival strategies they employed.
Click here to purchase book.

Missing Stories: An Oral History of Ethnic and Minority Groups in Utah 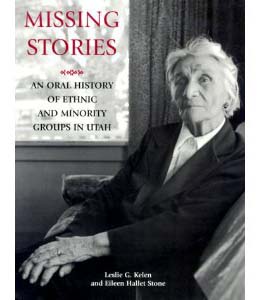 Utah’s ethnic diversity is often overlooked. In a society, sometimes presumed to be homogeneous, there is a danger that the varied experiences of its members will be lost to history. Missing Stories powerfully counters such misconceptions and explores the rich history of Utah’s ethnic and minority groups. Several representatives from each of eight such groups tell in their own voices stories of themselves, their families, and their communities. The groups represented are Utes, African-Americans, Jews, Chinese, Italians, Japanese, and Chicano-Hispanos. In a preface to each section of oral history interviews, a respected historian of the community introduces background and heritage, setting the local and national context for the personal reflections that follow. Individual oral histories in each section revealingly evoke a person’s sensibility and journey, while the section’s cumulative oral histories convey the larger, twentieth century story of that community. Also included are striking photographs by Kent Miles and George Janecek that capture the personality and character of the interviewees.

Faces and Voices of Refugee Youth 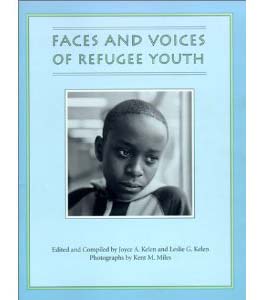 Faces and Voices of Refugee Youth is a collection of intimate portraits and touching interviews with youth who have endured unimaginable circumstances.

Between 1994 and 1999, an estimated 1,834 youth, given refugee status and assistance from the U.S. government, immigrated to Utah from approximately twenty-two different countries in six geographical regions.

Faces and Voices of Refugee Youth is a collection that not only insires through its dramatic impact but also by bringing us closer to understanding each other and, thus, our shared humanity.

This Light of Ours: Activist Photographers of the Civil Rights Movement 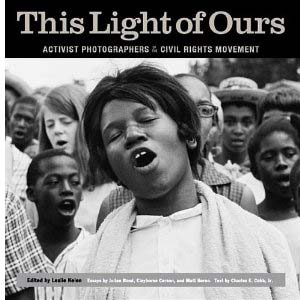 This Light Of Ours: Activist Photographers of the Civil Rights Movement is a paradigm shifting publication that presents the civil rights movement through the work of nine activist photographers—eight men and one woman who chose to document the national struggle against segregation and other forms of race-based disenfranchisement from within the movement. Unlike images produced by photojournalists, who covered breaking news events, most of the photographers were affiliated with the Student Nonviolent Coordinating Committee (SNCC) and documented its activities by focusing on the young organizers and the local people with whom they made things happen.

The core of the book is a selection of 151 black-and-white photographs representing the work of Bob Adelman, George Ballis, Bob Fitch, Bob Fletcher, Matt Herron, David Prince, Herbert Randall, Maria Varela, and Tamio Wakayama. Images are organized into four movement themes and convey SNCC’s organizing strategies, resolve in the face of violence, and impact on local and national politics, and influence on the nation’s consciousness. Then photographs and text of This Light Of Ours remind us that the movement was a battleground, that the battle was successfully fought by thousands of “ordinary” Americans amongst whom were the nation’s courageous youth, and that the movement’s moral vision and impact continue to shape our lives.
Click here to purchase book.

CDEA programs are supported by foundation and government grants; corporate sponsorships; individual donations; and earned income. We greatly appreciate each of our supporters. All donations are used to benefit CDEA’s ongoing programs.